Specifically, we looked at potential ranking factors that Google may use in its Lens algorithm, including:

A Summary of Our Most Interesting Findings is As Follows:

1. 32.5% of all Google Lens results have a “matching” keyword in the page’s title tag. Therefore, keyword-optimized title tags may help a page rank in Google Lens.

2. A high proportion of Google Lens results are pulled from images high up on a page. In fact, approximately 1/3rd of all Google Lens image results appear in the top 25% of a web page.

3. 11.4% of all Google Lens result images contain alt text terms that match the keyword someone just searched for.

4. Authoritative pages and websites appear to have a ranking advantage in Google Lens. Google Lens results have an average Moz Page Authority of 35.2 and a Domain Authority of 64.4.

5. Google Lens may confer a ranking advantage to sites that work well on mobile devices. 90.6% of all Google Lens results come from mobile-friendly websites.

7. Pinterest and Amazon are the two top-performing websites in Google Lens. 7.2% of all Google Lens results come from Pinterest, while 4.1% are from Amazon.

8. Keyword-rich URLs correlate with Google Lens rankings. 29.9% of the Google Lens results in our analysis had an associated keyword in the page’s URL.

9. Responsive images don’t appear to confer a major ranking advantage in Google Lens. Only 13.1% of Google Lens images are responsive.

11. Websites that rank seem to have an edge in Google Lens. We discovered that 15% of all Google Lens results also rank on the first page of Google organic for the same search term.

With Google Lens, the image that you search with is your “keyword”. 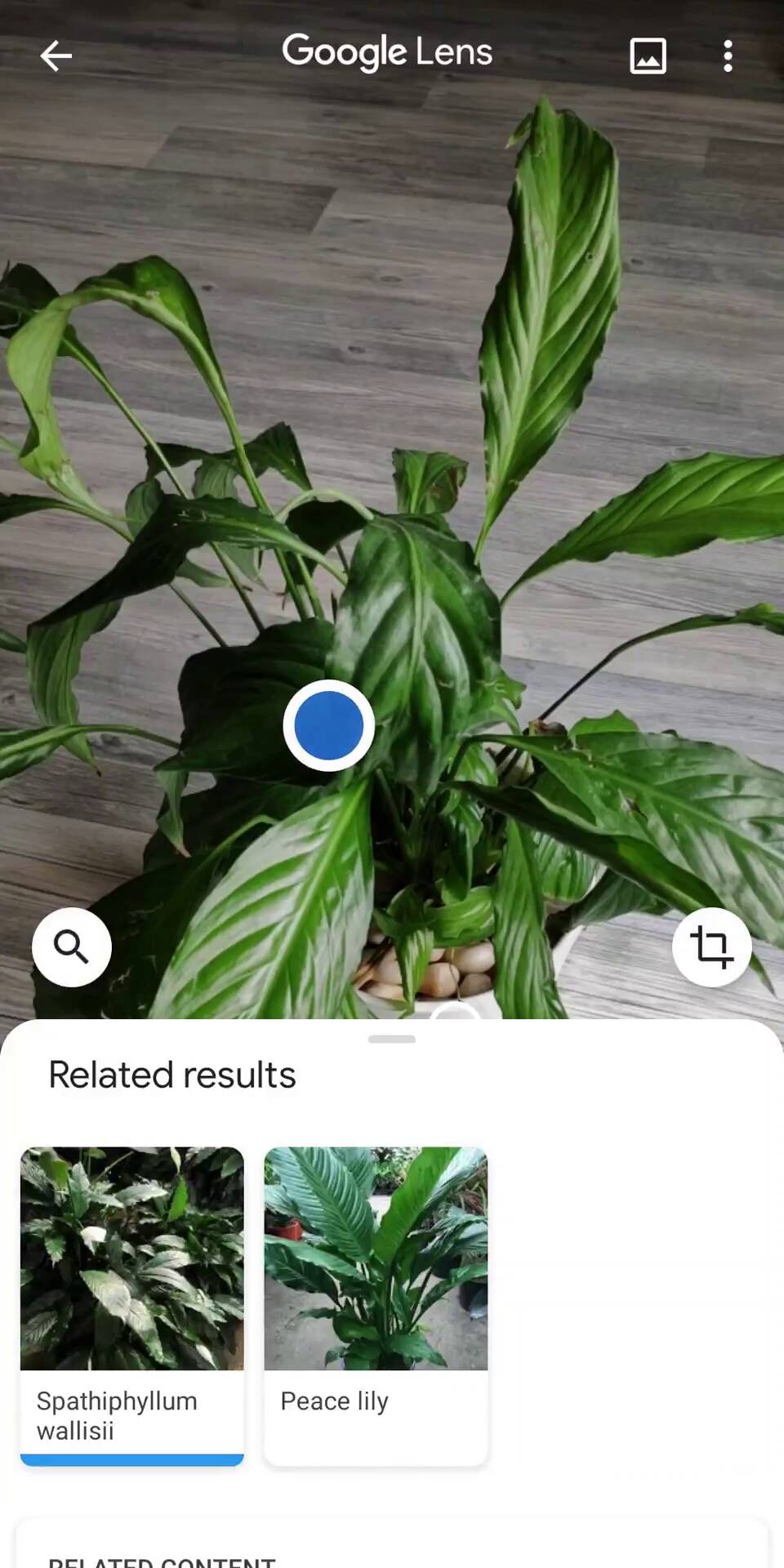 We used the Google Vision API to turn those visual searches into text-based keywords.

This allowed us to analyze visual search terms as text-based entities (using labels from Google themselves).

The Google Vision API turned that image into a “best guess label”: “cat”.

We then looked at whether that text-based label correlated with potential Google Lens ranking factors.

In fact, that’s how we were able to correlate title tag keywords and Google Lens rankings.

We found 32.5% of pages that rank in Google Lens have a keyword in their title tag that matches the search image’s Google Vision label.

For example, here is one of the visual searches from our dataset.

Sure enough, Google Vision’s label (“tesla cybertruck”), appears in the title tag for that page.

Google has previously stated that they use a page’s title tag to rank Google Images results.

It would make sense that they’d also use keywords in a page’s title tag for Google Lens rankings.

In other words, Google may prefer images on pages “about” that image vs. pages that have a matching image in the middle of an otherwise irrelevant page.

Indeed, that’s what our data showed.

Key Takeaway: Pages with titles and URLs that “match” a Google Lens search term may have a rankings advantage over those that don’t. With visual search, the image that you search with is your “keyword”.

We found that 33.1% Google Lens results are from images from the top 25% of a webpage.

For example, take this result from our data set.

If you look at the page this image is pulled from, you can see that the image appears quite high on the page (well above the fold).

In that post they state that the algorithm “prioritizes” images high up on the page.

Our findings here are consistent with that statement.

Key Takeaway: Images that are higher up on a web page appear to have a significant ranking advantage in Google Lens.

Google’s Search Engine Optimization Starter Guide states that they use alt text to understand images in their index.

However, it’s not clear how important alt text is. Or whether it’s used in the Google Lens algorithm at all. Which is why we decided to see how often Google Lens result images had alt text that matched the visual search term that they ranked for.

We found that 11.4% of all Google Lens results contain alt text that “matches” the best-guess label for the search image.

For example, the best-guess label for this visual search is “yoga poses”.

And here are the results for that Google Lens search.

In this case, 2 out of the 4 Google Lens results contain “yoga poses” in their alt text.

11.4% isn’t an insignificant number. But it doesn’t suggest a strong relationship. If alt text was an important part of the Google Lens algorithm, we would expect to see more of the results to have exact match or partial match anchor text.

It’s no secret that, all things being equal, an authority page on an authority site will outrank pages with less authority.

We wanted to know whether this same rule applied to Google Lens.

After all, Google themselves state that a recent visual search algorithm update made it so that authority pages had an edge in the results.

So we looked up Moz’s Domain Authority and Page Authority for each of our 65,388 Google Lens results.

And we found that Google Lens results tend to come from fairly authoritative sites and pages.

In fact, an average Google Lens result has a Page Authority of 35 and a Domain Authority of 64. Both fairly high.

It may be that Google directly uses link authority in the Google Lens algorithm. Or this relationship could simply be a case of “correlation not equaling causation”.

In fact, in Google’s “Google Image best practices” documentation, they go as far as to say the quality of the content on the page is as important as the image itself.

Key Takeaway: We found that pages with a high Moz Domain Authority and Page Authority tend to rank well in Google Lens. This may be because Google Lens ranks pages with lots of backlinks. Or it could be that DA and PA are byproducts of publishing high-quality content.

We found that 90.6% of all Google Lens image results are pages that pass Google’s Mobile-Friendly Test.

It makes sense that Google Lens would prefer to rank sites that are optimized for mobile. After all, essentially 100% of Google Lens searches are done on mobile devices.

And it would be a pretty poor user experience to send users to sites that didn’t work well on mobile, even if the image itself was a great result for the search.

Key Takeaway: Approximately 90% of all pages with images ranking in Google Lens are mobile-friendly.

We decided to see if page loading speed played a role in Google Lens rankings.

For this analysis we measured First Contentful Paint (FCP) speed for our 65,388 Google Lens results.

We chose FCP for the simple reason that FCP is the time that many of a page’s assets (including images) appear. This is likely more important to someone conducting a visual search than Time to First Byte (TTFB), which doesn’t affect what users see on a page.

And we found that the average FCP for a Google Lens result was 3,186ms.

Based on recent page speed benchmarks, a 3,000+ FPC can be considered somewhat slow. However, this finding needs to be taken into context.

Pages that rank well in visual search tend to be image-heavy. Which adds significant size to any page.

In fact, we found that the average Google lens result contains an average of 34 total images.

That’s a lot of images on a single page. And when you take that fact into account, an image-heavy page that takes 3,000ms to reach FCP isn’t so bad.

While Google hasn’t said whether speed plays a role in their visual search algorithm, they do recommend that people that want to rank in Google Images should speed things up.

So it could be that Google uses page speed as a visual search ranking signal. And that, due to the image-heavy nature of the pages that appear in visual search, 3,186ms puts a page into the top tier in terms of FCP.

Pinterest and Amazon Rank For a Large Number of Visual Searches

Next, we decided to look at the distribution of websites that appear in Google Lens results.

As you can see, Pinterest and Amazon rank significantly more often than any other site.

This finding aligns with a lot of our findings thus far. Amazon.com and Pinterest.com both have a high Moz Domain Authority (96 and 94 respectively).

They also have fast loading times. And are built to be mobile friendly.

Importantly, both sites tend to have images appear at the very top of the page (usually above the fold).

Key Takeaway: Pinterest and Amazon tend to rank most often Google Lens results. 11.3% of all visual search results are from these two websites.

Unlike some of the other factors that we analyzed, Google hasn’t stated that responsive images play a role in their visual search algorithm. But they do consider responsive images a Google Image SEO best practice because they “lead to better user experience”.

While that may be the case, we didn’t find a strong relationship between responsive images and visual search rankings.

In fact, only 13% of the results in Google Lens are responsive.

Filenames have been an important Google Images ranking factor since its inception. Before Google gained the ability to recognize images with AI, they blindly trusted alt text and image filenames to understand the content of an image.

However, despite Google’s image recognition technology coming a long way, they still rely on filenames.

Which may explain the fact that a high number of images in the visual search results (22.6%) have a filename that aligns with what the person searched for in Google Lens.

For example, this Google Lens result has a filename (astronaut-deep-space-image-science-fiction-fantasy-in-high-resolution-picture) that closely matches one of the Google Vision labels (“space astronaut”) for the search image.

Key Takeaway: Google may use keywords that appear in an image’s filename as part of the Google Lens algorithm.

We wanted to understand how this potentially important ranking factor may impact Google Lens searches.

Unfortunately, there’s no way to “look up” the relevancy of a website. But we can use a site’s organic Google rankings as a proxy measurement of relevancy.

And that may give that site a visual search SEO edge for searches related to organic gardening.

Indeed, that’s what the data in our analysis showed.

For example, look at the #1 result in Google Lens when searching with an image of a mouse:

That result comes from corkyspest.com.

Sure enough, when you search for “common california mice” in Google organic, corkyspest.com ranks #1 for that same term:

The Average Word Count of a Google Lens Result Page is 1,631 Words

Our analysis found that Google Lens result pages tend to be fairly text-heavy. In fact, Google Lens images come from pages that contain an average of 1,631 words of text.

That’s because Google uses the text around an image to understand the content and context of that image.

Therefore, a page with considerable supporting text is going to have an advantage in visual search compared to a page that’s made up of 100% images.

I’d like to thank Backlinko’s CTO, Lloyd Jones, for leading this study.

And if you’d like to learn more about how we conducted this analysis, here’s a PDF that details our methods.

What’s your #1 takeaway from this Google Lens study?

Or maybe you have a question about something that you read.

Either way, I’d like to hear what you have to say. So go ahead and leave a comment below right now.